How We Used The 80/20 Rule To Achieve Time Freedom 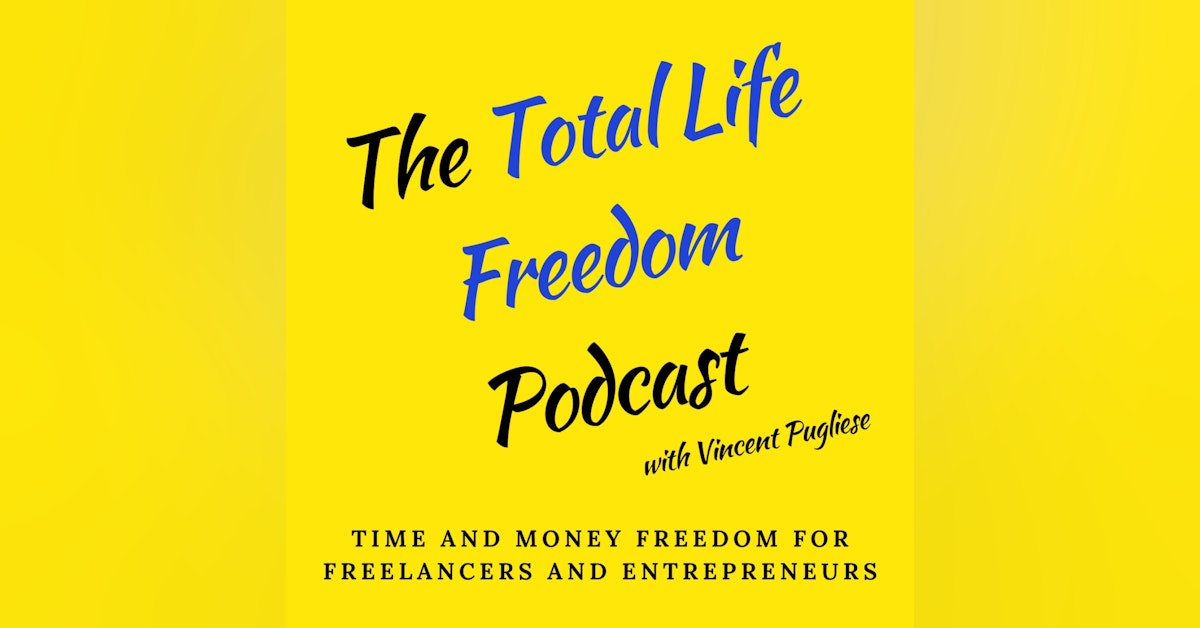 I've mentioned our former photography business in these lessons even though we haven't shot professionally in almost four years. But our photography business was the catalyst for everything else. So it's an important part of the story. I read the book the 80/ 20 Principle when we were starting that business in 2005. And once we started getting deep into the weeds in that business, we became like a lot of beginning entrepreneurs. We took on a lot of work, really, whatever we can get in the beginning.

And for a little while after we were trying to quit our jobs, we're trying to pay off debt. We were trying to get some type of financial security. So we weren't picky about the work that we took. Every bit of work that we got was considered good work because it got us closer to the goal. So whatever came to us, we took.

Family portraits. Sure! Whatever kind of sports assignment came in high school- Peewee pro- it didn't matter. I'm taking it. We didn't want to do weddings but we took them too.  And as long as we were working and making money, we took it.

And I do understand at some point that is a big success because in the beginning, it means you're building something and you're moving towards something. But not only were we all over the place, but our business was all over the place as well. There was no rhyme or reason, no focus or no niche in what we did. And the downside to that was that we weren't really known for anything. We weren't really known as anything aside from being photographers that would shoot anything. Our clients knew that we worked hard. They knew that we cared, but if anybody asked them, can you define the work that we did? I'm not sure if anybody would be able to answer it.

But during that, I read the book, the 80/20 Principle, and it dramatically changed the way that we viewed our business. And it's such a simple principle, but it is life and business changing if you do the work. Elizabeth and I sat down and paid attention for once and we looked at the numbers. We looked at the time and we noticed that we had a bunch of  little businesses that didn't really go together inside of our big photography business. And each one of them required a certain amount of time, a certain amount of marketing, certain amount of brain power that only went towards that one thing.

And there were specific to each one. So we sat down and we laid it all out. We looked at the portraits and the sports and the weddings and the commercial and all these different many businesses that we were running. And we thought about how much time went into each one and how much money came out of each one. And wouldn't you know, after reading the 80/20 Principle, that what he was talking about made perfect sense. And it came down to what we were doing ourselves in our own business. And when we broke it all down, we could see it clear as day twenty percent of the work that we did brought in eighty percent of the revenue with all these different things that we did.

Weddings made eighty percent of the income. So it became so clear about what we're doing wrong. We were spending so much time and energy and thought into trying to book and perfect a family portrait. We studied and bought the props that were involved, checking out the locations for shoots the best time of the day with light to shoot, making sure that our website had a portrait side of it with a design element to go with it. There were the edits and everything involved with that. And in each step, we were stretched beyond our capacity. Because when I wasn't doing that, I was reaching out to potential corporate clients and studying the lighting for that buying a different type of gear that we needed for that type of shoot, building connections in that world, a totally different world than family portraiture with very little crossover or correlation.

It was a terrible buffet. But until we sat down and looked at the numbers and study the 80/ 20 rule, we didn't know that twenty percent of the work that we did led to eighty percent of the income. And it was at that point, I came to Elizabeth and I said, what are we doing here? Why are we doing this? And why are we spinning our wheels on all these different things? When it as scary as it sounds, if we just eliminate most of that stuff and put that time and energy into the proven twenty percent, it would be a game changer to everything. So we decided collectively to eliminate the time, energy and effort that we put into portraits, as well as corporate work and as well as most of the sports stuff, unless it had to do with my passion, which was the pro sports side of it, all those things that brought in some money, but it had a scattered all over the place.

So we took action to harness all that time, money and energy and put it all directly towards the wedding business. And it was right at that moment where everything started to explode. There was no more mental energy going towards all these other things and not to think about it anymore. I didn't have to study it or worry about it. And instead of spending a few hours on a family shoot where I'm driving there and I'm driving back, where Elizabeth is doing all the editing and the post-work, we replaced that time with connecting with vendors in the wedding industry. That was the main thing that we did.

And we also took that time and wrote blog posts for SEO, for our wedding website and bringing those together. We wrote about these venues from these people that we just met. We did stories about them. We took pictures of them and we gave them publicity on our site. And in no time, our prices went up, our availability went down and our demand also went up. So we took a business that was struggling taking all of our time, not making nearly as much profit as we wanted and turned it into a legitimate six figure profit business while freeing up time and doing it all in about twenty percent of the time that we used to.

And from there, because we could, we kept the number of weddings we took. So we did even less weddings, but we raised our prices. And about a year later, we really felt that time freedom for the first time. And we redirected that work time into an area that was growing. And that's when the ultimate time freedom came. So whether you're in a full-time job looking to increase that business that you're doing now, or like many people you're in business, but you're not nearly as efficient as you should be, or you want to be pay attention and do a time audit the things that aren't benefiting you from a business and life perspective begin eliminating those things and start redirecting them to the things that matter.

So we're going to come back tomorrow after hopefully you're on board with mastering the 80 20 rule. We're going to show you why you need to double down on this going forward. Do you want efficiency? Do you want time? Do you want freedom in your life? This is going to help you do it.